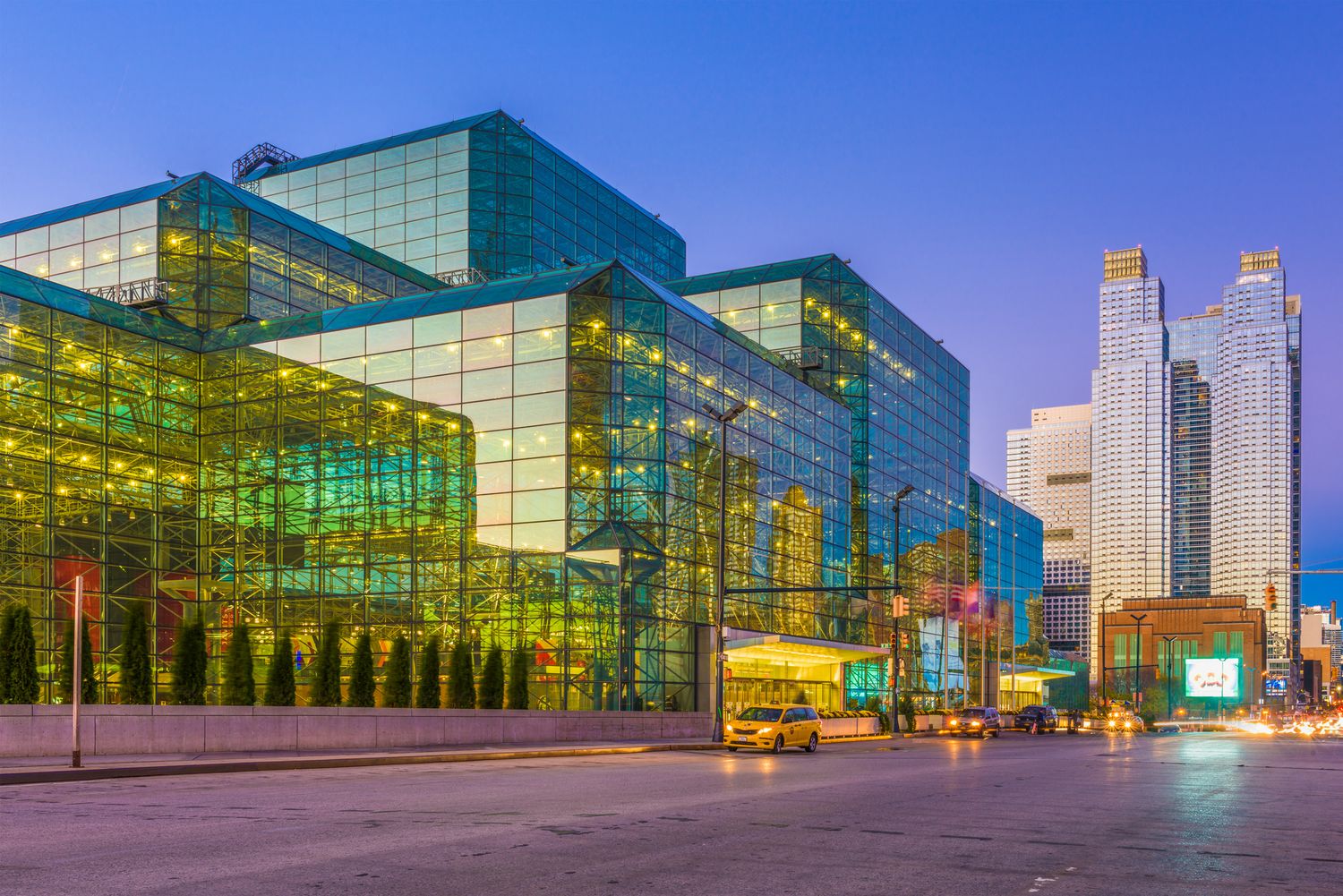 Earth Enterprise is pleased to provide New York City, The Javits Center, and its visitors from around the world, with high quality convention and tradeshow printing options. From 1 color to 4+ color printing, to signage, banner’s and booth’s –  we take great pride in delivering high quality marketing and meeting materials.

The Jacob K. Javits Convention Center, commonly known as the Javits Center, is a large convention center located on Eleventh Avenue, between 34th and 40th streets, in Hell’s Kitchen, Manhattan, New York City. It was designed by architect James Ingo Freed of Pei Cobb Freed & Partners. The controversial and revolutionary space frame structure was begun in 1980, finished in 1986, and named for United States Senator Jacob Javits, who died that year.[1][2] The Center is operated and maintained by the New York Convention Center Operating Corporation, a New York State public-benefit corporation. The convention center has a total area space of 1,800,000 square feet (170,000 m2)[3] and has 840,000 square feet (78,000 m2) of total exhibit space.[4]

When the Center opened, it replaced the New York Coliseum as the city’s major convention facility, making way for the demolition of the Coliseum and future construction of the Time Warner Center at Columbus Circle. Today, it hosts events such as the New York International Auto Show and the New York Comic Con, and in 2016, it was also the location of Hillary Clinton‘s 2016 United States presidential election watching venue.[5] It is billed as one of the busiest convention centers in the United States,[6] but it is only the twelfth-largest.[7]